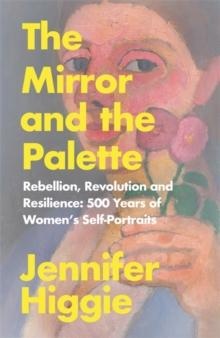 The Mirror and the Palette

Until the 20th century, art history was, in the main, written by white, western men who tended to write about other white, western men. The idea that women in the West have always made art was rarely cited as a possibility. Yet, they have - and, of course, continue to do so - often against tremendous odds, from laws to religion and the pressures of family and public disapproval.

Feminism has shaken up the story of art and, for the first time, cast light on the often-brilliant work by women artists who were often ignored, patronised or marginalised. These artists embody the fact that there is more than one way to understand our planet, more than one way to live in it and more than one way to make art about it. In THE MIRROR AND THE PALETTE, Jennifer Higgie introduces us to a cross-section of extraordinary women artists from the 16th to the 20th centuries, using their self-portraits as a springboard to examine how and why they became artists and what their self-representation reveals about the times in which they lived.

Intertwining biography and cultural history, and packed with tales of rebellion, adventure, revolution, travel and tragedy enacted by women who turned their back on convention and lived lives of great resilience, creativity and bravery, THE MIRROR AND THE PALETTE is a dazzlingly original and ambitious book by one of the most well-respected art critics at work today.