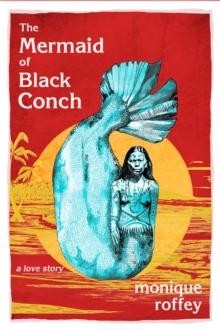 The Mermaid of Black Conch

WINNER of the Costa Book of the Year 2020

March 1976: St Constance, a tiny Caribbean village on the island of Black Conch. A fisherman sings to himself, waiting for a catch - but attracts a sea-dweller he doesn't expect. A beautiful young woman cursed by jealous wives to live as a mermaid has been swimming the Caribbean Sea for centuries. And she is entranced by the fisherman and and his song. But her fascination is her undoing. She hears his boat's engine again, follows it, and finds herself at the mercy of American tourists.

After a fearsome battle, she is pulled out of the sea and strung up on the dock as a trophy. The fisherman rescues her, and gently wins her trust - as she starts to transform into a woman. The novel's characters are an unlikely mix: a mermaid, a fisherman, a deaf boy, a Caribbean artist and sweetman and a benevolent white landowner. Themes of unconditional love, friendship, family and loss, are examined without sentimentality.